The English language is a complex web of strange, and sometimes completely ridiculous phrases and idioms, that often make absolutely no sense to those who don’t know the real meaning behind them.

Unfortunately, the only way to really understand this bizarre sub-language is plenty of practice, and let’s be honest, in the UK that probably equates to many hours in the pub.

But luckily for you, we have put together seven phrases and idioms that you would likely hear at a British university. In conversation: “So he said he went home first, then managed to get to class on time? I’m not sure about that, I smell a rat.”

Let’s begin with the uncomfortable thought that many of you are having right now - can you really smell a rat if it’s close by? Fortunately, our first idiom has absolutely nothing to do with these devilish rodents. When we say I smell a rat, it really means that you are aware that something is not right. It’s often used when we think somebody is cheating the system or has lied about something.

2. “Killing two birds with one stone” 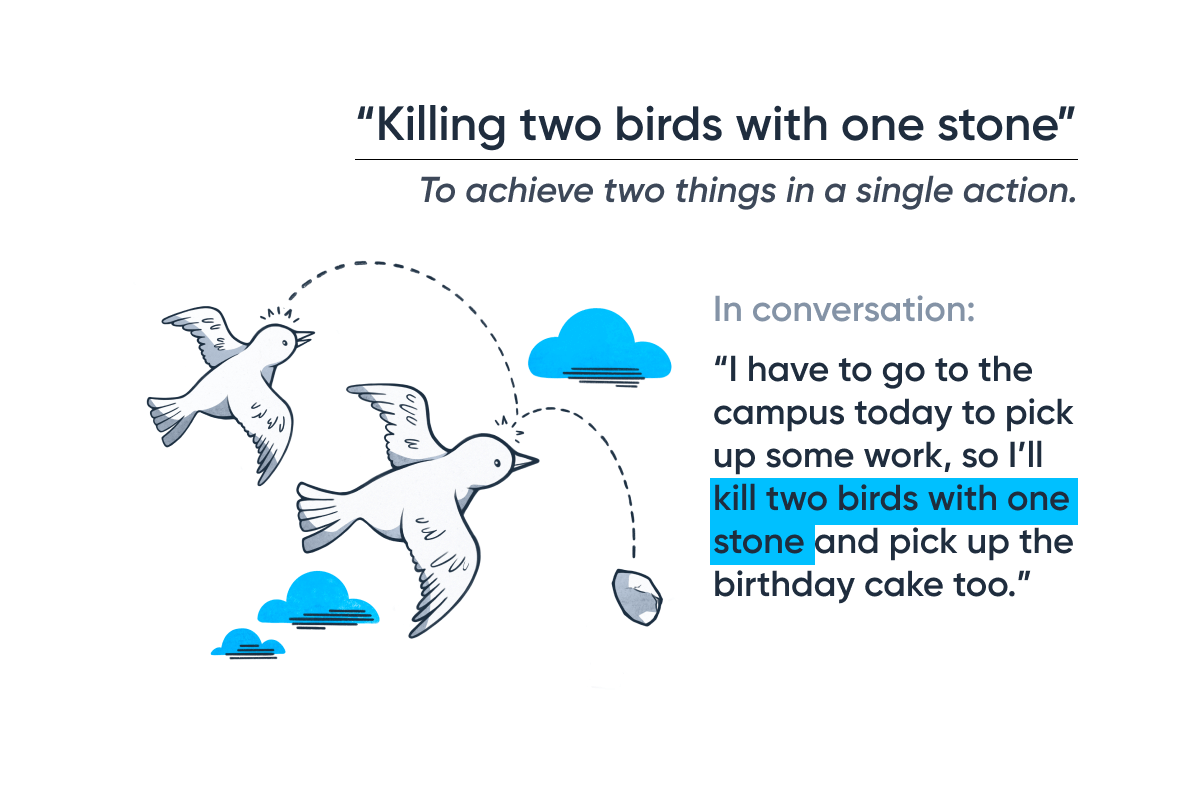 Meaning: To achieve two things in a single action.

In conversation: “I have to go to the campus today to pick up some work, so I’ll kill two birds with one stone and pick up the birthday cake too.”

A true classic that has absolutely nothing to do with birds - or killing them. To kill two birds with one stone means to get two things done at the same time. Maybe you were able to combine two actions, or that one was done shortly after the other. 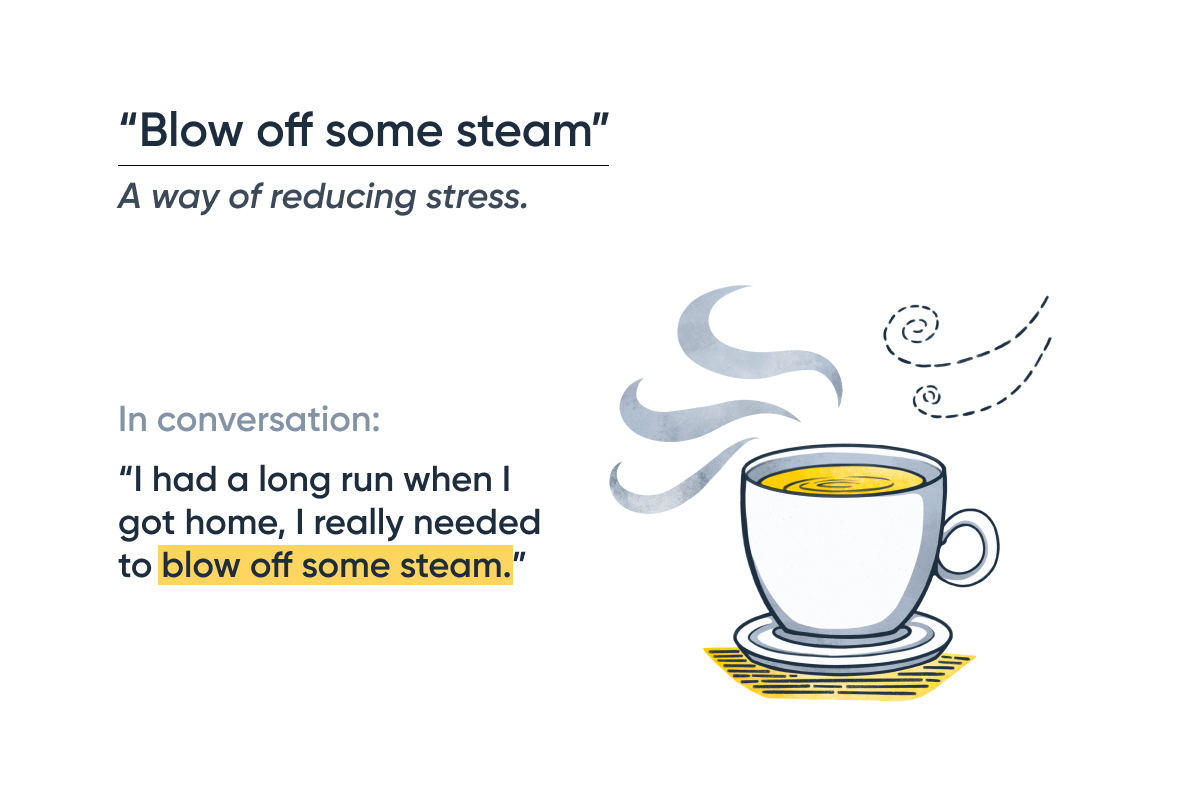 Meaning: A way of reducing stress.

In conversation: “I had a long run when I got home, I really needed to blow off some steam.”

This is actually one idiom that does make sense. Before electric kettles, we used steam kettles that would be placed on the stove of a cooker. When the water started to boil, steam would come out of the top, relieving the pressure inside. To blow off steam means to reduce stress by doing an activity. 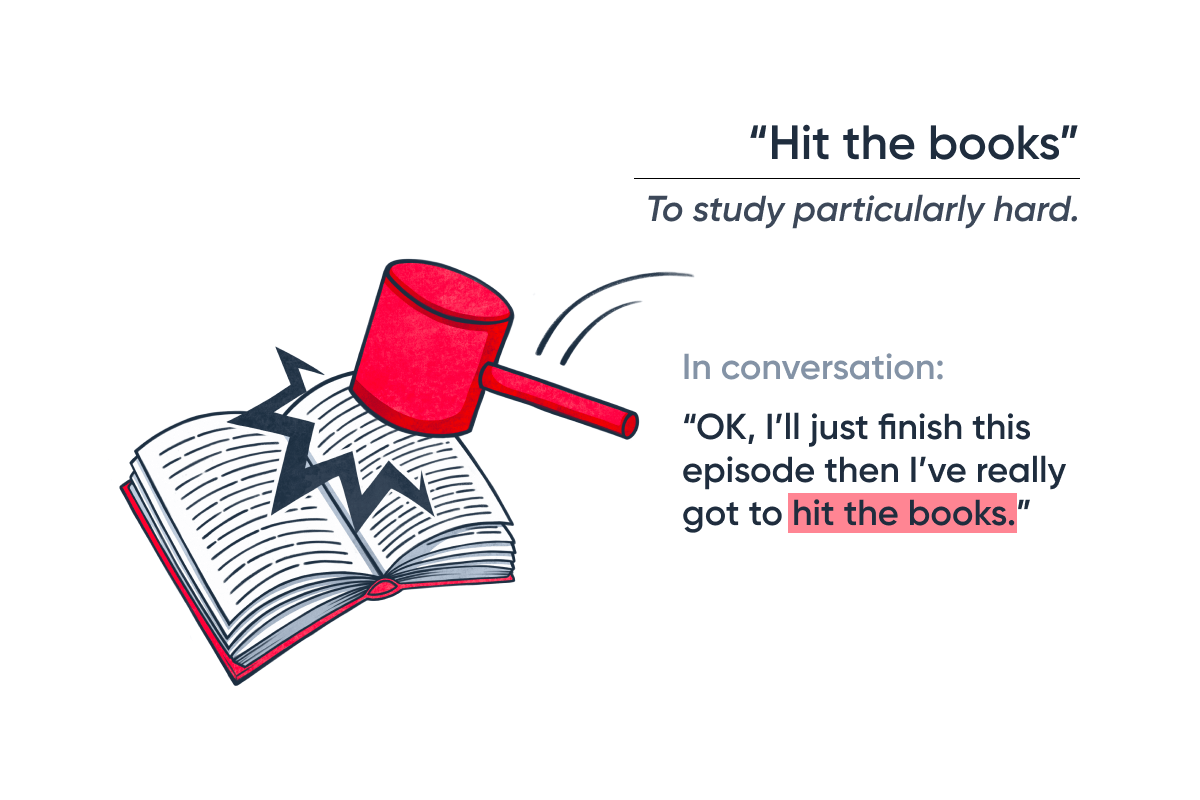 In conversation: “OK, I’ll just finish this episode then I’ve really got to hit the books.”

I know, we’ve all wanted to hit a textbook at some point in our lives, but ‘hitting the books’ has nothing to do with frustration. It’s actually a very positive action, and means that you are starting to study. Usually in quite an intensive way - for example, if you hadn’t studied at all and had a test the following day, you would probably be hitting the books pretty hard. 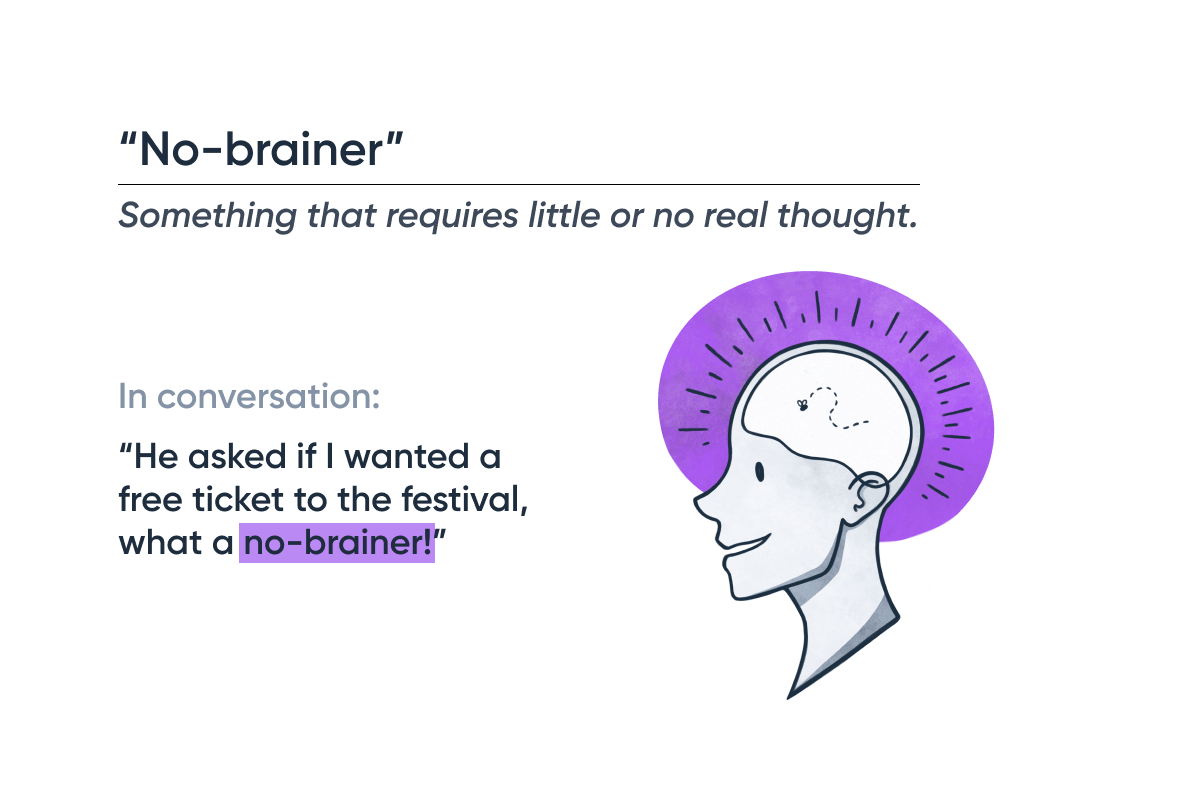 Meaning: Something that requires little or no real thought.

In conversation: “He asked if I wanted a free ticket to the festival, what a no-brainer!”

Again, an idiom that does make sense when you think about it. If a decision is so obvious, or easy to make, we refer to it as a no-brainer. Literally, you don’t need your brain to make that decision. 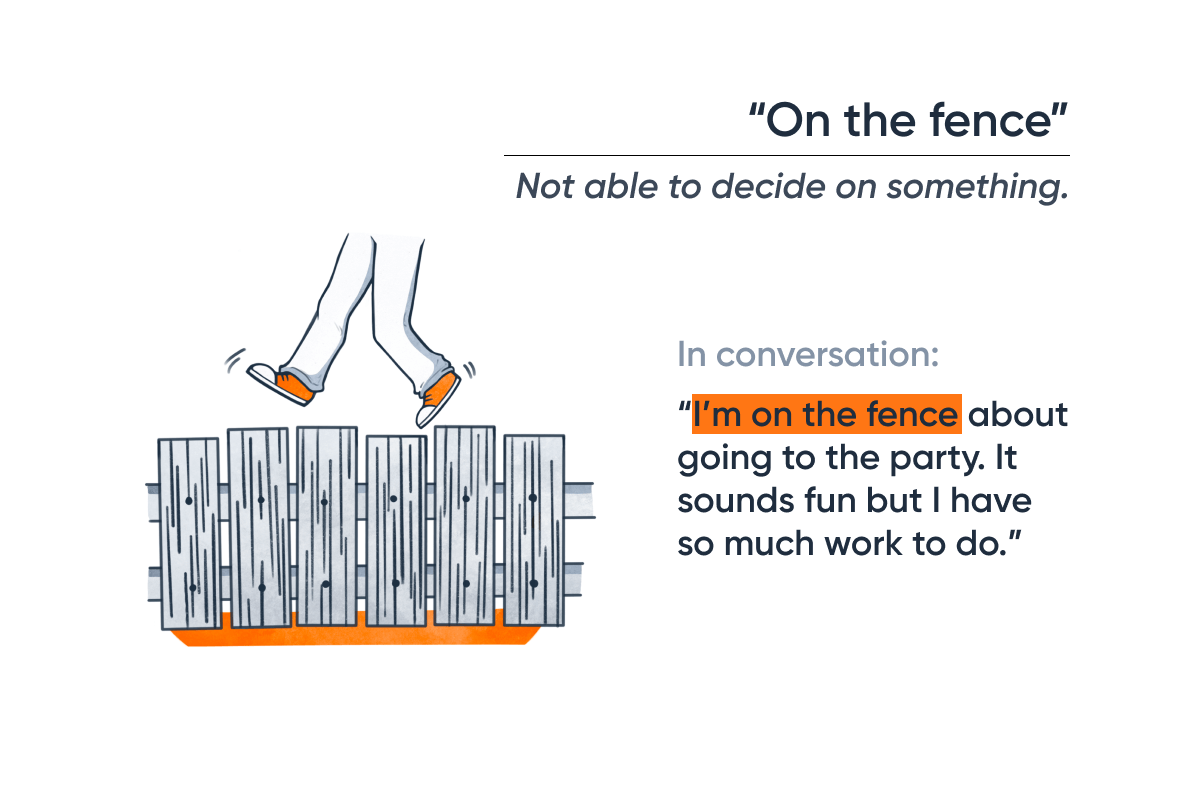 Meaning: Not able to decide on something

In conversation: “I’m on the fence about going to the party. It sounds fun but I have so much work to do.”

We all know that person who likes not to take sides. Or that person who is incapable of making a decision. We can use the phrase ‘on the fence’ to show that a person isn’t able to make a decision on a subject, or that they have a neutral view on a matter. In conversation: “The name rings a bell, but I can’t remember his face at all.”

A very common expression that is constantly used to describe a very particular situation. Church bells? No, wedding bells - nope. When we say it rings a bell, it means that something sounds familiar to you, but not enough to be fully knowledgeable about it.

How to spend Christmas as an international student in the UK

The 5 most popular cities for international students in the UK

10 reasons you should study in the UK