New Zealand is one of the best countries in the world to study abroad in. Simple as that.

It’s beautiful to look at, with a mix of cool, cultured cities and spellbinding scenery through mountain ranges, verdant forests and golden beaches. The people are super friendly, it’s safe, and there are a number of world class universities with low tuition fees.

We’ve covered all this in more detail in our article 6 top reasons to study in New Zealand, which you should definitely open in another tab and read in a moment!

But we want to go a little bit deeper in this article, and take a look at the 5 best cities in New Zealand for international students.

In putting this list together, we’ve focused on the quality of universities and the city lifestyle itself, and for each, we’ve got one special reason that makes it one of New Zealand’s best cities for international students. Let’s get started! At a glance: Wellington is New Zealand’s capital city, but don’t let that fool you: it’s a small city by global standards with a population of just 200,000. It’s huge in terms of character, culture and natural beauty though.

The central business district is nestled between a harbour, some beaches and the green hills which form the backdrop of the city.

Mount Victoria isn’t far away for nature lovers, the botanical gardens (which can be reached by cable car) are resplendent, and the city itself is a haven for cool young folk, with an abundance of cafes, restaurants and bars to hang out in.

We’ve written an entire international student handbook to Wellington in fact, since we love it so much!

One great reason to study in Wellington: The Victoria University of Wellington. It’s in the top 1% of universities in the world in 19 subject areas, while 20% of the entire student population is made up of international students.

Oh and it’s located on a beautiful hilltop overlooking the city near the botanical gardens, which might make it one of the world’s most epic campuses. 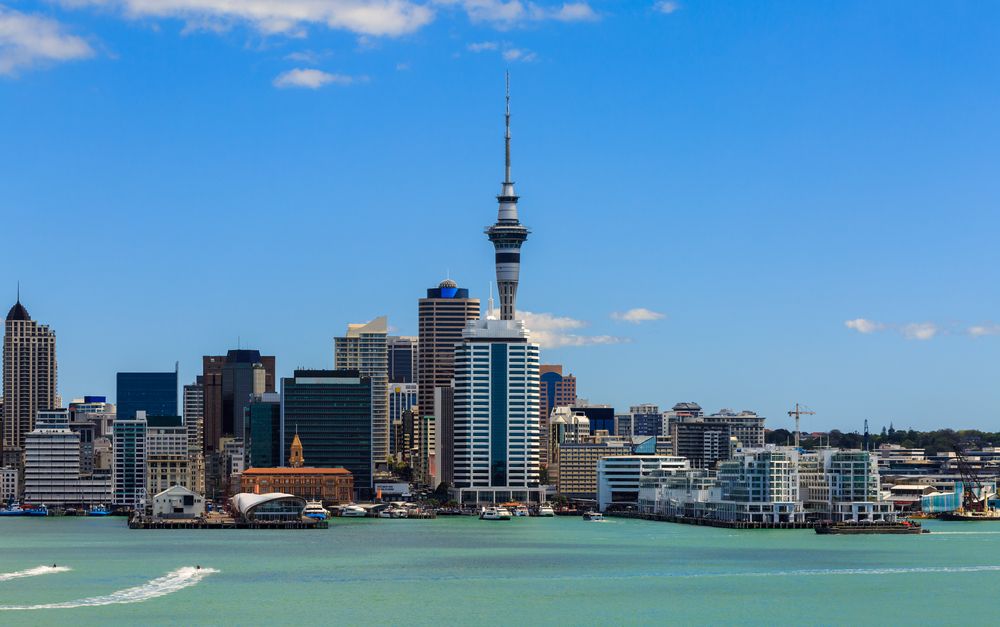 At a glance: With 1.6 million residents, Auckland is comfortably New Zealand’s biggest and glitziest city.

The eye-catching Sky Tower stands proudly above the central business district, providing Auckland with one of the world’s most unmistakable skylines. You can even bungee jump from the top of the 60 storey tower if you feel like a proper thrill!

Auckland is also the most ethnically diverse city in New Zealand. Around 30% of the population identifies as Asian, whereas 11% identifies as native Māori, making it a great spot to learn more about New Zealand's fascinating cultural tapestry.

But as well as being a big and “vibey” city, it’s got two harbours and is close to Takapuna beach as well as the Waitakere mountain range. City, beaches and mountains; what’s not to love? 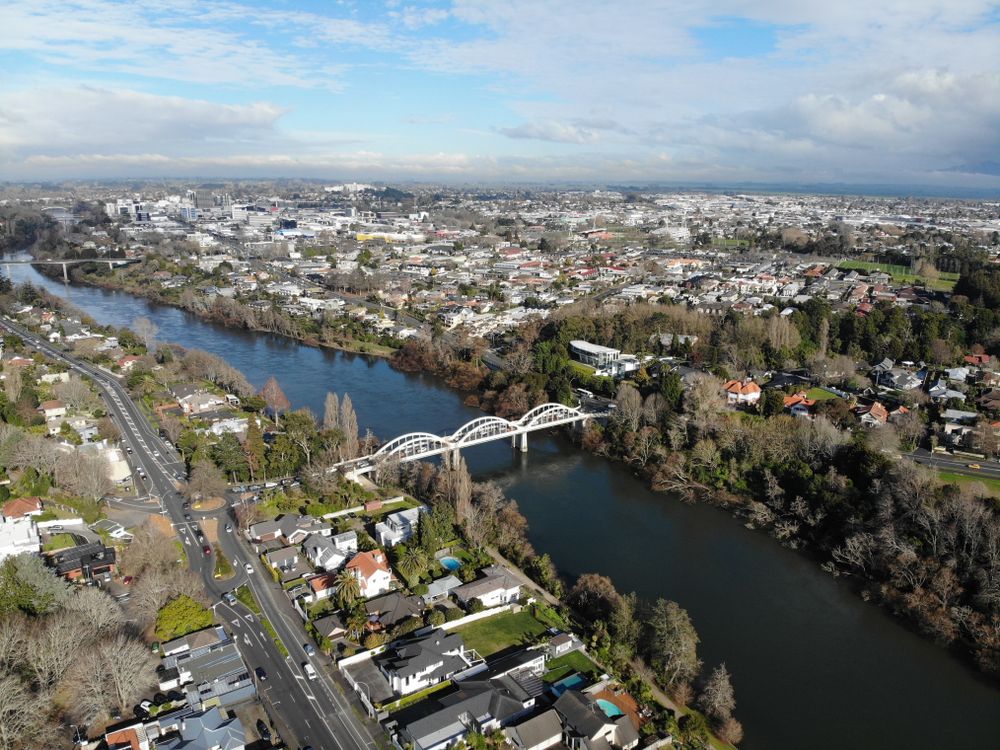 At a glance: Hamilton is located in the stunning Waikato region in New Zealand’s north island, famous for the Hamilton Gardens, a botanical paradise which meanders alongside the Waikato River.

Not far from town is Mount Maunganui, which slopes down to sandy beaches (which never seem far away from cities in New Zealand).

Meanwhile, Lord of the Rings fans can visit “Hobbiton” just an hour away, which has been left more or less unchanged ever since the blockbuster movies were filmed here!

It’s not all flowers and trees though, with its buzzing nightlife centred around Victoria Street. Sports fans will also love Hamilton as the 25,000 seater Waikato Stadium regularly hosts international rugby and cricket games.

One great reason to study in Hamilton: The University of Waikato is an amazing option for international students.

It allows them to do homestays with local families to help them settle in, and also caters for a “buddy system” where international students are paired with local guides to show them around.

For all of this, as well as the small class sizes and tight-knit community, the University of Waikato carries the reputation of being the friendliest university in New Zealand! At a glance: Christchurch is known as The Garden City, thanks to its parks and green spaces (as well as beaches) where residents can relax, walk (or surf) and get some fresh air.

It’s a fairly big city by New Zealand standards, with a population of just under 400,000, but it’s got a quaint village feel.

It’s also famously flat, making it perfect for walking and cycling — quite a change from the hills and mountains of Auckland and Wellington!

There’s also a very different aesthetic about Christchurch, as the classical architecture is much more English and gothic in style.

It’s not all about heritage though, as street art abounds in Christchurch, so much so that the Canterbury Museum is home to the world’s largest collection of work by uber-famous street artist Banksy.

One great reason to study in Christchurch: The University of Canterbury is New Zealand’s second oldest university, and has a great reputation for natural sciences such as biology, ecology and geology. Basically all the -ologies!

So if you’re into science, it could be the place for you.

On top of that, the campus reflects the city as a whole, with loads of parks and lawns around to help you get back in touch with nature after a day of lectures. At a glance: Dunedin is sometimes called “The Edinburgh of New Zealand”. That seems a little bit odd, right?

Well, it’s famous for its architectural heritage, much of which was inspired by Scotland! You see, many Scottish people moved here in the 19th century and began influencing the design of the city.

There are scores of stunning museums and old townhouses, making it a photographer's dream. But there’s also a modern twist, with plenty of street art and a bustling social scene.

And like almost every major city in New Zealand, it’s located on the coast, meaning there’s a beach of course! The coastline is home to tons of wildlife including albatross, penguins and sea-lions too, which is pretty cool.

Finally, Dunedin has a great literary heritage, so much so that in 2014 it was named a UNESCO Creative City of Literature. Well known poets such as Charles Brasch and Thomas Bracken (who wrote the national anthem), as well as former poet laureate Hone Tuwhare all hail from Dunedin!

One great reason to study in Dunedin: Following on the literature theme, let’s bring up the University of Otago. It’s got SIX libraries, so the bookworms among you will have a field day!

On top of that, the student accommodation is highly celebrated, with 15 residential communities, some of which are in beautiful old heritage buildings, and some of which are designated especially for international students!

So now that you know the best cities for students to live in New Zealand, maybe it’s time to start looking for a degree to study and a university to study at! Click here to get started with Edvoy, or follow the button below!

How to spend Christmas as an international student in New Zealand

Which New Zealand Student Visa do I need?

How to plan the ultimate student Halloween party