New Zealand is a country filled with surprises, quirks and extraordinary experiences. Given the prestige of its universities and ease of access for international students, it’s one of the very best places to study abroad. A wonderful balance of beautiful nature and urban living in student-friendly cities like Auckland and Wellington make it a standout country to live in.

But there are a few things to know before going to New Zealand.

Here, we’ll take you through 14 of the quirkiest things you’ll notice while studying in New Zealand.

Luckily, New Zealand has one of the most easily understood accents in the English speaking world, but it’s got its quirks.

The New Zealand accent, or “Kiwi” as it’s often known (more on that below), has a friendly and laid back rhythm and sound. When studying in New Zealand, you’ll get used to people pronouncing pen as pin; fish and chips as fush n’ chups, and New Zealand as Newzild.

Kiwi is the common nickname for people from New Zealand. They bear the name with pride and use it to refer to themselves, so don’t worry about offending anyone by using it!

The nickname comes from the kiwi bird -- a tiny brown, fluffy, and extremely cute flightless bird that lives only in New Zealand. The native people, known as the Māori, have long revered this bird, using its feathers to make warm cloaks for Māori tribe leaders.

One of the more interesting facts about New Zealand and the kiwi, is that the delicious kiwifruit is not actually native to New Zealand!

It originated in China, where it was known as Yang Tao. In the early 20th century, New Zealand farmers began growing it, calling it the Chinese Gooseberry, but the trend didn’t catch on. However, because it’s small, fuzzy and brown on the outside, it was rebranded as the kiwifruit in 1959, and sales began to skyrocket!

People being friendly shouldn’t be a strange thing, but in New Zealand the people are super friendly. It’s one of the things that New Zealand is most famous for.

Whatever the reason, a survey in 2015 showed that over 90% of foreigners living in New Zealand thought the people were very friendly and welcoming, helping them to settle in the country with more ease.

6. Rugby and the Haka

We mentioned the Haka in, 6 top reasons to study in New Zealand, but it deserves more attention as it’s one of the things that New Zealand is famous for.

The Haka is the spine tingling, ceremonial dance of the Māori warriors. In centuries gone by, the Māori would perform the Haka to intimidate their enemies before a battle.

But the world knows about the Haka from rugby, a slightly gentler form of combat! In New Zealand, rugby is something of a religion, and the national team “The All Blacks” is considered to be the best of all time.

Just like the Māori warriors before them, the team performs the dance right before the game starts to spark fear into the opposition and get the fans riled up.

Watch the video below and try not to be excited! And when you’re in New Zealand, make sure to go watch the All Blacks play, even if sport’s not your thing. It’s one of New Zealand’s very best things to do.

The city of Auckland and the surrounding area is home to a staggering 53 volcanoes! Known as the Auckland volcanic field, it’s been around for almost 200,00 years. Fortunately the last eruption was about 600 years ago on Mount Rangitoto, but it was a big one, with the lava flowing right into the sea.

Now, most of the volcanoes are inactive and all are considered “safe”. Indeed, some have even been turned into public parks for people to relax and explore. It’s safe to say that you won’t have to worry much about getting burned in New Zealand… not by a Volcano anyway….

Even though the weather is quite mild and sometimes pretty cold in New Zealand, ranging from around 10°C to 25°C, the sun is really strong, so don’t forget to pack your sunscreen!

You see, there’s a pretty huge hole in the ozone layer right above the country, meaning that the sun shines right through at full strength. Even on a cool day, you might catch a tan (or a burn), if the sun is out.

And to complicate matters further, here’s another important thing to know about New Zealand...

So the volcanoes are chilled but the sun is dangerous. Does this mean the weather is always bright and sunny? Not at all. When packing for New Zealand, make sure to stock up on winter woolies and waterproof jackets, because New Zealand’s weather is a lottery.

It’s rarely too extreme in terms of heat or cold, but sometimes you’ll get spring, summer, autumn and winter inside of a day or two!

Only 5% of New Zealand’s living creatures are human, such is the range of wildlife there and the low population. But the most popular animal in town is the humble sheep.

Quick fact about New Zealand: For every one person, there are 9 sheep! Do the quick maths -- 4.8 million people, so that’s over 40 million sheep.

Add to this fact that New Zealand is actually a bigger country than the UK, but has just 7% of the total human population. That leaves a lot of room for nature to flourish!

Hāngi is an ancient Māori cooking technique -- and one of the best ways to eat while in New Zealand. The name Hāngi means “earth oven”, as the food is cooked in a pit that they dig in the ground! Traditionally, foods like fish and sweet potato were used, but now Hāngi extends to foods like pork and lamb too.

The food is wrapped up to keep it clean, then cooked amongst hot stones placed into the pit. The cooks then cover the whole thing with a wet cloth to stop it from burning, and a mound of earth to keep it hot. 3 to 4 hours later, the tender, delicious and smoky food is ready to be dug up and eaten!

Want to give your legs a good work out? Try walking up Baldwin Street! Located in the city of Dunedin, Baldwin Street is recognised by the Guiness Book of World Records as the world's steepest street. The incline is a whopping 38° gradient! 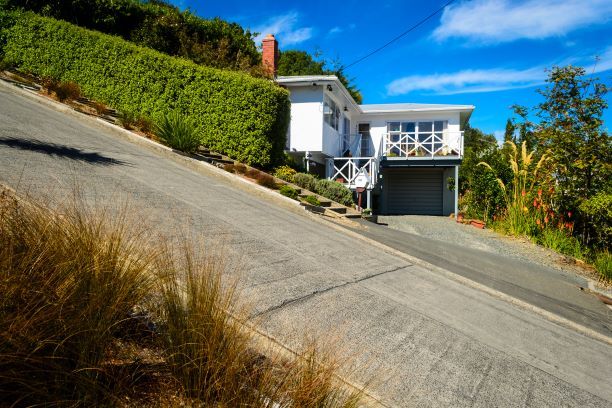 From the steepest street on earth to the longest place name in the English speaking world, weighing in at 85 letters! Well, it’s not an English word itself (hopefully that’s obvious). It’s the Māori name for a famous hill in Hawke’s Bay.

I’m sure you’re wondering what it means, so here’s the English translation: "The summit where Tamatea, the man with the big knees, the slider, climber of mountains, the land-swallower who travelled about, played his flute to his loved one."

You’ll be relieved to know that it’s often shortened to Taumata to make everyone’s life easier.

14. The whole Lord of the Rings thing

When I was in high school (boy do I feel old writing that), the word New Zealand was permanently associated with the Lord of the Rings movies, which were filmed almost entirely in the country. In fact, 150 different New Zealand locations were used. 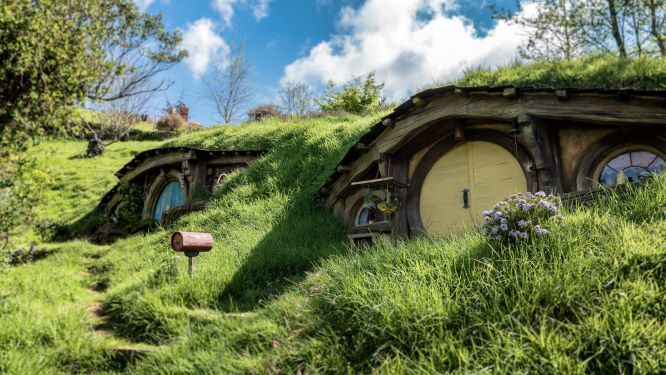 If you haven’t seen films or read the books, they’re a must! Even if extremely long fantasy movies aren’t your thing, they’re a wonderful showcase for the natural beauty on offer in New Zealand. On top of this, they had a great impact on the travel and tourism industry, with LOTR lovers coming to visit from all over the world.

There are scores of Lord of the Rings tours to take around the country, many of which are still considered some of the top things to do in New Zealand.

We hope that now you’ll be itching to go study in New Zealand. Check out the amazing courses offered by our partner universities, and get searching for the perfect university.

Studying in Canada vs the USA: 5 differences you must watch out for

5 things I learnt studying a Journalism MA in London

Essay mills explained: What they are and why you should avoid them